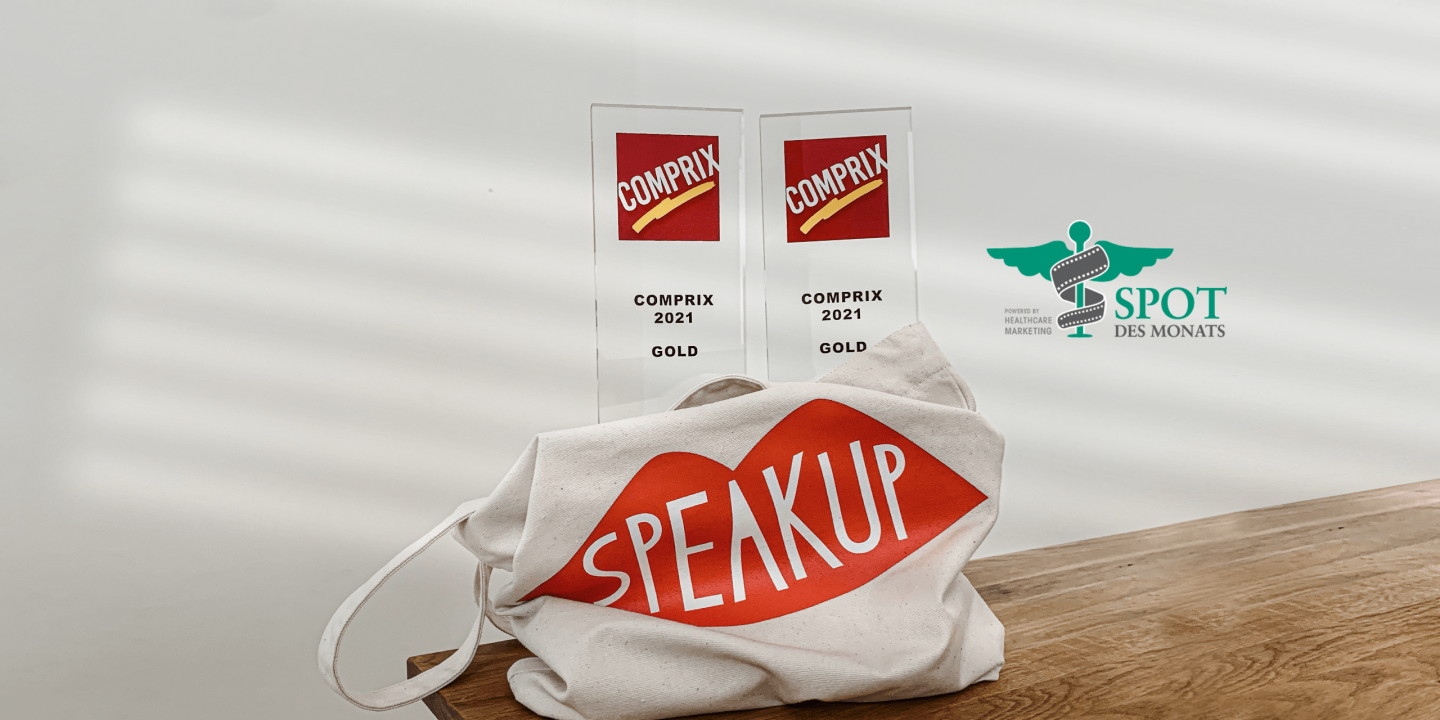 Enlightenment is worth gold

Sexual violence is a taboo. Every 7th woman in Germany is affected. Half of them stay quiet about their experiences. The more important that this topic is brought to the public. SPEAKUP breaks the silence.

The campaign has now won gold 2 times at the Comprix, the most important healthcare award event in the German speaking region. The campaign is one of the most awarded projects of 2021. But that’s not all. The mainstream media have picked up on and reported about the movement, including ARD Brisant, the Süddeutsche Zeitung, the Münchner Merkur and even members of the Bundestag, such as Kerstin Klassner. At the same time, more and more affected women are coming forward with courage and breaking the silence. A great success!